I confess to being a fan of the Fu Manchu series. The atmosphere, mystery, and beyond human diabolical nature of the villain, makes for me at least, good reading. Which is what attracted to be the pulp fiction equivalent Wu Fang.

Wu Fang unlike Fu Manchu, who sought global power for Asia, was instead just a Crime Lord. Money was some the primary motivator for his actions. Written by Robert J. Hogan (creator of the much more fascinating G8 and his Battle Aces), The Case of the Suicide Tomb was the fourth installment of a what would only be a seven issue series. Published in December of 1935, the story is set in of all places the western United States not far from Tombstone, Arizona.

The discovery of a thousand year old map leading to a tomb in which victims of a deadly plague had been sealed is the opening gambit for the story. Wu Fang believes that if he can locate the tomb first he can isolate the germs behind the plague and blackmail the free world for the antidote. Standing in his way is Jerry Hazard, a correspondent for a newspaper, and longtime combatant of Wu Fang. With him is a young archeologist Dr. Rod Carson, who has secured the map from a local Hopi Indian Chief.

Wu Fang like all Oriental villains of the period has at his disposal an army of trained killers from a host of different countries. He also unleashes a menagerie of hybrid creatures he has created to silence his foes. Together Hazard and Carson battle both as they discover the secrets of the Suicide Tomb.

Hovering in the background of the story is Wu Fang’s arch nemesis, Federal agent, Val Kildare. From the streets of alleyways of New York’s Chinatown to the secret cliff side hideout of Wu Fang, Kildare blocks the crime lords plans at every turn. 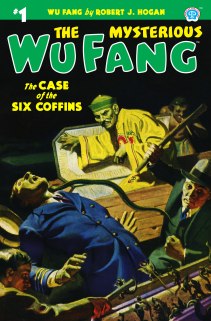 fought Wu Fang in three previous adventures. They constantly fall into various traps and are dumbfounded by many of Wu Fang tricks. The introduction of white vampire bats, the strange display of skeletal remains in the tomb, and the mysterious way the plague kills its victims add a nice touch to the tale.

Hogan’s writing can be a little juvenile at times, and the story has a clumsy extremely unsatisfying ending. I am not spoiling anything by tell you that Wu Fang escapes. That is to be expected. However, how and why his plans crumble are so silly that you must read it to believe it.

An article on The Pulp Net suggests that the Wu Fang series faced opposition from the estate of Fu Manchu creator Sax Rohmer. Although not confirmed, it proposes that the estate saw to many similarities between the two characters and their adventures forcing Popular Publications to end production. Yet as the article points out, two months later, Popular would introduce another oriental villain Dr. Yen Sin. It is suggested that these stories of a sinister villain from the east were more interesting and better written. I look forward to reading one or more myself. 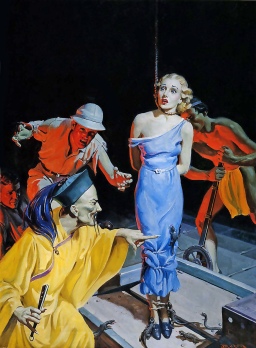 In the meantime, The Mysterious Wu Fang looms large with seven diabolical efforts to become the ultimate Crime Lord. All of the cases have been reprinted, and  are also available for download as e-books. 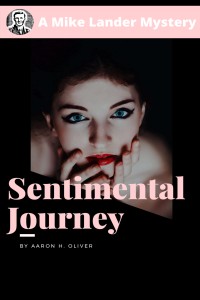