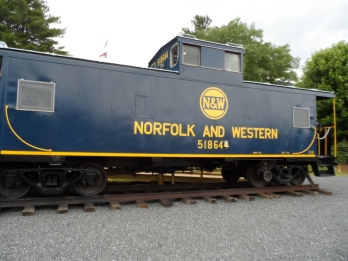 Our visit to West Jefferson, NC included a surprise; a caboose park. The star of the park was a car from the Norfolk and Western line. This was particularly thrilling for me as my family worked for the Norfolk and Western Railroad Company in the 1940s into the 1960s. The caboose has long been the most exciting part of the train for kids. When I was growing up, rail crews still used the cars during long hauls. Many times those crews would wave to us kids as we sat in our cars, hanging out the windows, as the trains finished rolling through a crossing.

Cabooses once provided shelter for crews at the end of a train. These crews were long essential for switching and shunting, and keeping a lookout for load shifting, damage to equipment and cargo, and overheating axles. The caboose in West Jefferson was classified as a C-3IP, and was built in 1969. Retired in 1994 the car features a conductor’s office, accommodations for sleeping, and cooking facilities. 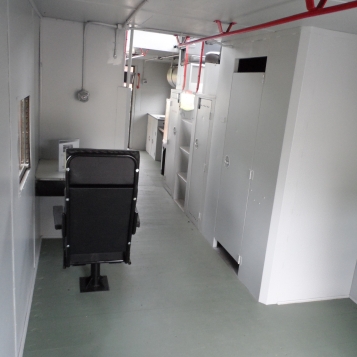 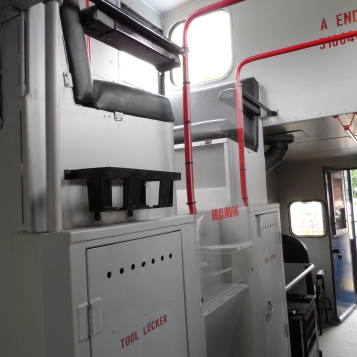 The history of the Norfolk & Western Railroad in Ashe County began in 1914 with the Virginia Creeper and the Abingdon lines. Natural resources like timber and iron ore make the area attractive. West Jefferson was already the largest town in the county, but as tracks were laid for the Virginia Creeper, area businessmen lobbied for the train to come through the area where West Jefferson is now located. The results turned West Jefferson into a town and the largest one in Ashe County. The caboose and the park surrounding it recognize this connection between the railway and the growth of the city.

The engine and the caboose are the alpha and omega of the old trains. It has been reported that the caboose was one of the most dangerous places ride on a train. The shifts in a trains speed always caused a ripple effect or jolt through the cars with the strongest and most violent actions felt in the caboose.

In the 1980s, new laws ended the need for crews and crew cars on freight trains. These new laws were directly connected with advancements in monitoring and safety technology such as lineside defect detectors and end-of-train devices. Today, the once fantastic caboose is only used on rail maintenance or hazardous materials trains, or on heritage and tourist lines.

For me the caboose will always be magic. My uncle had one in his backyard that he had converted into a workshop, and when we visited, we were often allowed to play on it. While today, stories are cropping up online about individuals turning the old crew cars into tiny homes, or vacation rentals. A day trip to West Jefferson, NC is definitely worth the drive.