Cartier’s Hope is a fascinating story about the Hope diamond. Set in New York City in 1910, M J Rose’s slice of historical fiction features not only the world’s most famous diamond but an intriguing cast of characters. The protagonist, Vera Garland, is from an influential family; her father owns the fictitious Garland’s Department store. Her family mingles with the rich and influential of Fifth Avenue; her mother is from high society, while her father worked hard to escape his working-class roots.

Vera is a well educated, high strung unmarried thirty-year-old woman, caught up in the current women’s movement. Encouraged by her father, but dissuaded by her mother, Vera works as a newspaper reporter; one of the few women in the field. Her column, entitled Silk, Satin, and Scandals, focuses on the rich and famous. Secretly, Vera writes a second column under the nom de plume Vee Swan. As Vee Swan, our heroine is an undercover reporter ousting crimes against women and children. 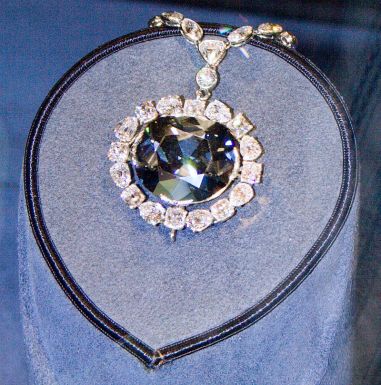 The Hope diamond, purchased by the celebrated jeweler, Pierre Cartier, is up for sale. Rumors are afloat about the ‘bad luck’ that surrounds the illustrious diamond. Are these rumors true, or just a ploy to keep the gossip and publicity about the grand diamond alive? Or is Cartier using these vicious tales to somehow raise the price of the prominent stone? Vee Swan is intrigued and sets about to flush out the truth behind the outlandish stories. But who will be the victim here; Vee, Cartier, or the handsome and dashing Russian jeweler, Jacob Asher, who works for Cartier?

M J Rose has written an exceptional story and I loved every word.