“The Black Hand really exists only as a phrase. As an organization such a thing never existed out of the minds of the police. It is a catch phrase made familiar through the newspapers, and the quick witted criminal of Latin extraction lost no time in using it as a nom de crime, which he wrote at the bottom of his blackmailing letters, sometimes – in fact, generally – adding fanciful decorations of his own, such as daggers dripping blood, revolvers spitting fire and bullets, crudely drawn skulls and crossbones and the inevitable sketch of a human hand.”

When I have trouble writing I always find that reading helps me get back to the keyboard. One of my favorites is Clive Cussler and Justin Scott’s Isaac Bell adventures. This weekend I dropped into a comfortable chair and listened to the remarkable Scott Brick bring to life The Gangster, the ninth in that series. Although I have not been reading them in order.

The story opens with a young college age Bell, whose hijinks involve stealing a train. This leads to a strange confrontation with an Italian immigrant. Their conflict is short but memorable.  Fast forward to 1906 New York City, and the Van Dorn Detective Agencies #1 man is battling the agents of The Black Hand.  The Italian-American extortion racket is targeting their own with kidnappings, fires, and threats of murder. Worst of all it appears that The Black Hand is becoming organized and branching out into other forms of crime. Bell connects it all to a single leader, as the novel foreshadows the eventual rise of the Mafia under the leadership of a boss.

Our turn-of-the-century Detective recognizes Antonia Branco as the face from his past and quickly connects him to The Black Hand. The two masters battle through a series of life or death encounters as Bell struggles to break the back of the beast. Meanwhile, the agents of the Van Dorn Detective Agency discover a plot to assassinate President Teddy Roosevelt. Bell is shifted to this high-profile case and not surprisingly connects The Black Hand to the conspiracy.

How will The Gangster carry out his contract? What are his connections to one of the nation’s richest men? Can Isaac Bell’s sharp mind and lightning fast reflexes keep the President safe?

The Gangster features a thrilling conclusion as the protagonists battle aboard iceboats. A

few months back I reviewed a Hardy Boys adventure from my childhood. One of the things I remembered most from that story was the ice sailing. Cussler and Scott evaluate that YA adventure with an edge of your seat contest that will keep you turning each page until the end. 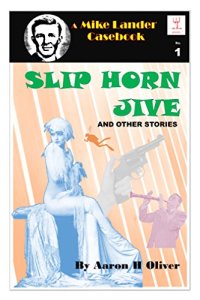