I loved this book! It was impossible to put down. 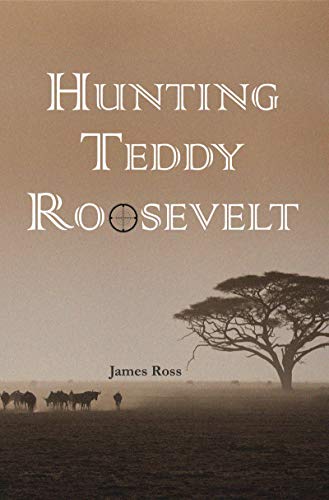 Theodore Roosevelt was a legend. Some say a real-life superhero.

At the ripe age of seventeen, he was off to university leaving his first love Maggie Ryan behind. Fast forward thirty-two years and Roosevelt has finished his second presidential term. Under pressure from his family, he agrees not to seek a third term. They want their family life to return to some level of normalcy.

Days later he and his nineteen-year-old son Kermit, leave on the Smithsonian-Roosevelt African Expedition. Guarded by the Pinkerton detectives at the expense of Andrew Carnegie, the trip will take a year to complete. Joining the adventure is Teddy’s old sweetheart, Maggie, now a reporter and spy for publisher William Randolph Hearst. Sent to chronicle the safari, and covertly uncover and if possible direct the retired President’s plans for the future.  Unbeknownst to anyone, J P Morgan, the nation’s most powerful financier has planted an assassin within the group to ensure Roosevelt never gets home. 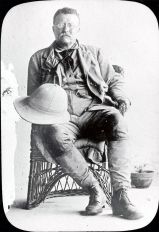 Morgan wants to undo the political restrictions placed on large businesses, and completely remove their author.  Meanwhile, Hearst wants to shake things up with newspaper articles that will rock the stable financial atmosphere created by Roosevelt. This he hopes will set the stage for his own run for the Presidency and the fulfillment of his own political ambitions.

The stage is set for a Bully Grand Tale of intrigue and suspense. How will the elements of this trek through the African wilderness affect Roosevelt’s future decisions? How close will he come to death as Morgan’s killer stalks his prey? Will Teddy overcome the flirtations of an old flame and keep a steady course?